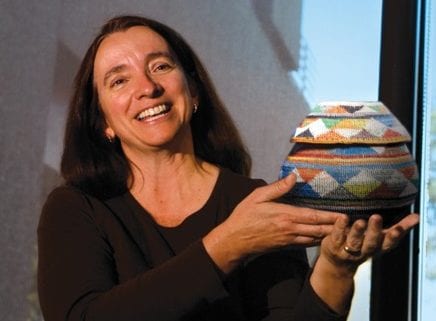 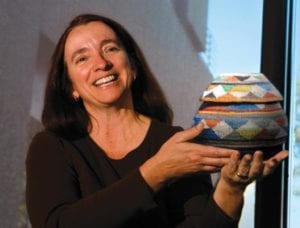 Dr. Bette Korber is a Theoretical Biologist, working as a Laboratory Fellow and Scientist Level 6 at the Los Alamos National Laboratory. She works in the Theoretical Biology and Biophysics Group and also has joint appointment working with the New Mexico Consortium. Dr. Korber received her Ph.D. from Caltech in the field of immunology, and did a first postdoc at Harvard studying retroviral evolution before coming to Los Alamos in 1990.

She heads the HIV sequence and immunology database project at Los Alamos, which provides a curated collection of published HIV sequence and immune response data gathered from around the globe, as well as computational tools to help researchers make sense of the data. She leads an interdisciplinary team that provides bioinformatics, theoretical, and statistical support in collaborative efforts with experimental researchers, focusing on the areas of viral diversity and the human immune response to infection.   The primary aim of her work is the design of global HIV vaccines, developing strategies to enable the construction of a vaccine that could potentially contend with HIV’s extreme diversity. She has been fortunate to work closely with extraordinary experimentalist colleagues, primarily based at Duke, Oxford and Harvard, and through these collaborations some of her vaccine design concepts have been tested and have made significant progress in the many-year process of development — several of her vaccine designs have shown significant promise in animal studies, and are currently being evaluated in human clinical trials.

Some of her awards and honors include:

Please see her Google scholar page for a listing of her publications.

When not sitting at a computer staring at HIV sequences, Bette can be found happily losing arguments to her clever sons, making music in a local Celtic band, outside enjoying the natural beauty of New Mexico, or working to increase local political awareness of scientific and environmental issues.