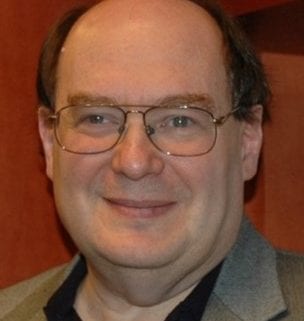 Dr. Karn is an internationally-recognized virologist who has made seminal contributions to the study of transcriptional control in HIV.  Between 1989 and 1993 Dr. Karn made the important discovery that the HIV regulatory proteins Tat and Rev are RNA binding proteins and demonstrated how this binding activity was essential for their biological activities. Recently, the Karn laboratory has established new model systems for studying HIV latency and demonstrated how epigenetic restrictions are used to silence HIV transcription. As part of a recent amfAR ARCHE study he demonstrated that estrogen receptor is a critical factor controlling HIV transcription. Dr. Karn is the Director of the CWRU/UH Center for AIDS Research since 2008. He served as a member of the NIAID Advisory Council and NIAID AIDS Research Advisory Council between 2011 and 2015 and appointed to the NCI Board of Scientific Counselors Basic Sciences for 2015-2020. He was a member of the NIH AMCB study section from 2003 to 2007, serving as Chairman from 2005-2007. He was a member of the ACTG Transformative Science Group (TSG) on HIV Cure strategies (2011-2015) and the Martin Delaney CARE Collaboratory. From 1987 to 1998 he played a leading role in the establishment and coordination of the UK’s research effort into AIDS as a member of the MRC AIDS Directed Program Steering Committee. Dr Karn is a member of the Case Comprehensive Cancer Center.  He was the Executive Editor of the Journal of Molecular Biology from 1989 to 2002 and is currently on the editorial board of Virology. Dr. Karn has mentored 8 graduate students, 32 postdoctoral fellows and 2 research associates since 1980.  The laboratory currently has 2 graduate students, 2 postdoctoral scholars, 5 research associates and 3 research assistants.  He was elected a Fellow of the American Society of Microbiology in 2011.